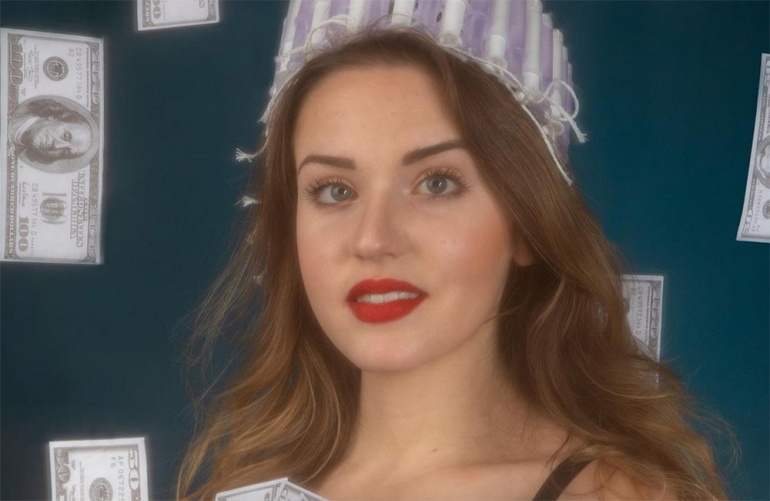 Two days before Christmas, French influencer Louise Aubéry aka @mybetterself, via Instagram and a health insurance company created a buzz on menstrual inequity. Did you miss the campaign? No worries, here is everything you should know about it.

In France, 1.7 million people are affected by menstrual precariousness. Eating or having access to menstrual protections is a global issue and is much of reality here.

A few days before Christmas, social health insurance NutUus decided to launch a solidarity operation with its ambassador, Louise Aubéry, aka @mybetterself, on the web. You have probably seen this photo featured on Instagram, wondering why this woman is wearing a crown of tampons in a rain of dollars.

Voluntarily shocking, this picture and this campaign aim to break taboos and help women fight menstrual precariousness by giving them access to menstrual products. How come it went viral? Here are essential things you should consider about the virality of this campaign.

Using Influencer Marketing to defend the causes you care about

Influencer Louise Aubéry is not shy about standing up for the causes she genuinely cares about. Feminist, body-positive, and now period dignity advocate, Louise – as many influencers do – shines a light on nonprofits’ work and brings awareness about these issues to a much larger public. Indeed, her large audience (Gen Z mostly) and high engagement rates help her to drive conversion to support nonprofits such as NuUtus with donations.

That is what she does on December 21st when she shares an online challenge, like a few have already done on Instagram. For each share of her post in a story, she explains that the mutual insurance company NuTUus and the Nana brand are committed to donating a box of menstrual products to nonprofits “Agir pour la Santé des Femmes”. The result? More than 900.000 likes in one day – and yet it is an awareness campaign tackling period dignity.

The buzz is unexpected :

If this post generated many likes, it also collected many comments that are not only praising ones – on the opposite. Some followers have criticized the influencer for opting for disposable menstrual products. Other followers target more specifically the Nana brand, accused of a lack of transparency regarding its products’ composition.

51% of the global population are menstruators. Menstruators in France, especially in low-income communities – and even more since the worldwide pandemic – often face a lack of access to menstrual products.

While Scotland made history in February 2020 by pioneering law to make period products free, France is still falling behind.

On December 4th, 2020, during an interview organised by online media Brut, President Emmanuel Macron was questioned regarding his views on period dignity. He also announced that the French government would provide concrete action in the first semester of 2021. French Minister of Solidarity and Health, Olivier Véran, declared he really wished to tackle this taboo.

“Girls’ problems” are finally becoming everyone’s problems. Whatever one may think about this influence campaign, the publication of @mybetterself and her involvement in such a cause has, perhaps, reaffirmed the need for free access to menstrual products. Period.

You want to partner with an influencer and start reaching far more eyes and ears? Ask for our demo.

Previous [INTERVIEW] Verisure x Kolsquare: “Social media has become the company’s heartbeat over time”
Next [INTERVIEW] Véronique Pican (IAB): “Working together will enable us to lead to standardisation of the Influencer Marketing”