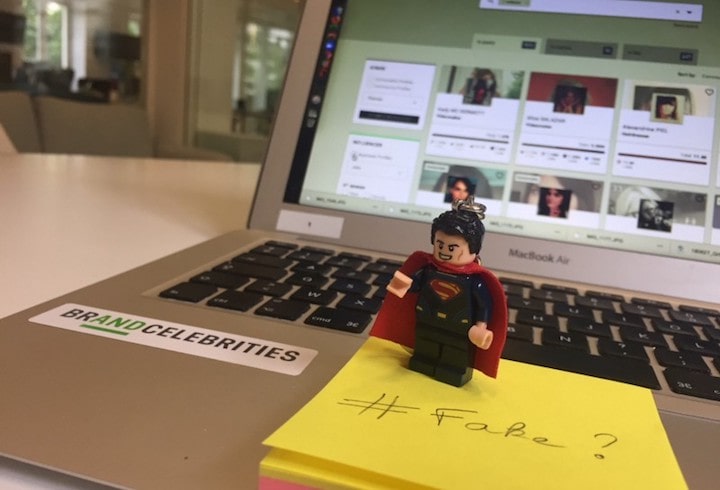 WARNING Influence: Abuse of “fake” can be harmful for brands

Tools to artificially gain followers or create engagement is raising concerns among brands and agencies.

In France, ‘Give the followers back’ — “Rends les followers” in French — has just thrown a bombshell in the influencer marketing world.

And, the snowball effect setting in, forced many influencers to publicly show the quality of their followers. Naming and shaming influencers may not be the solution.

Yet, we can only welcome this initiative, which addresses one of the most important issue of the fast growing influencer marketing market. And fall into the Kolsquare’s core values.

Purchasing followers, using fakes followers (robots) and tools to artificially gain followers or create engagement is raising concerns among brands and agencies relying on influencer campaigns to boost their visibility and sales.

Undoubtedly, it is very easy to instantly buy followers for a few hundred euros.

Many of them are fake profiles. These profiles are often ‘bots’ and not even real persons.

The effect of this purchase may also be easily amplified by online services that rely on automated robots to order likes and comments to boost some influencers’ community and engagement.

In the end, an influencer community may become significantly made of fake profiles.

These social profiles are referred to as ‘fake influencers’.

Beyond the vain race for numbers, identifying reliable influencers with a committed community is the key to maintain effective influence marketing campaigns. The sustainability of the market is at stake.

This is one of Kolsquare’s fights today as a pioneer of influencer marketing.

Reminder: abuse of fake is bad for your health

It has to be pointed out that the abuse of fake followers, fake likes and other types of fake metrics is harmful for brands, influencers and all actors of the influencer marketing market.

At the very end, it especially damages any consumer experience on social networks.

Harmful for brands: they find themselves to communicate — at least partly — in a vacuum.

Influencers are chosen and paid by a brand to pitch the benefits of its products or services to their communities. If the community is made of hundreds of fake accounts related to bots, the return on investment of the campaign will simply vanish.

Harmful for influencers too: the bad practices of a minority of them could cause advertisers to move away from this new media, by limiting their investments. It would then reduce their revenues for lack of performance.

The rise of influencer analysis and measurement tools — such as Kolsquare — will increase the gap of a two-tier market. There will be the “real” influencers with good engagement performances in their genuine community on the one hand; and the others, who will be less requested by brands — if at all — on the other hand.

Social networks have also approached the issue. Facebook, for instance, has begun to clean up its accounts by removing more than 1.8 billion false accounts between November 2017 and May 2018. (Source).

Instagram shadow-ban, which consists of no longer displaying posts of accounts using third-party applications, also illustrates this desire to bring back realness and authenticity in the sector.

Fake followers are also harmful for all actors emerging in this booming industry: data providers, technology platforms, intermediaries, agents, … thousands of jobs around the world today depend on the proper functioning of influencer marketing campaigns. The impact will skyrocket if advertisers continue to double their budgets each year.

In the end, abusing of fake followers is especially harmful for consumers. It breaks the trust that naturally exists between an influencer and his community — the reason why influencers exist (and thus influencer marketing).

If an influencer is not honest about its followers and community, who can ensure the overall authenticity of his/her speech, especially regarding brands? Besides, which fans and brands want to be associated to a community of robots?

In the age of data and total transparency, playing with feelings and consumer confidence is a risky bet. Respect and authenticity are the essential components of a committed relationship.

They are therefore the cornerstone of successful partnerships between advertisers and influencers.

Kolsquare has been working for several years on the reliability of influencers.

We suggest to our customers the influencers we trust in, with the aim of increasing the effectiveness of their campaigns.

Our proprietary technology and algorithms, combined with A.I and machine learning is able to measure in real time hundreds of factors related to the suitability of an influencer for a specific campaign.

Combined with the expertise of our team, I want to share several lessons we learned to evaluate the reliability of an influencer.

1. The follower base has been growing too fast, without explanation.

Kolsquare analyses in real time followers growth of +1M influencers around the world on Facebook, Twitter, Instagram and Youtube. The anomalous gains in followers are easily identified and interpreted: it may be a contest, a TV show… or a purchase of fake followers.

2. The language used in posts differs from to the nationality of likers.

The lack of consistency between the influencer’s language or nationality and the geographic origins of his community is usually a clear clue that fans have been bought or artificially earned.

“Bots” are often accounts with communities of less than 100 subscribers. The more the influencer is followed by others influencers with a large community and large commitments, the more reliable he/she will be.

Very short and fairly conventional comments like ‘great account’, ‘awesome pic’, or even a simple emoji, are the trademark of the bots.

Identifying the number of comments that can be associate to robots allows to put into perspective the engagement of an influencer, and the quality of his followers base.

What to do in order to avoid fake followers but keep my engagements?

The world of fake influencers imbalances the organic, sincere, authentic reach that unites an influencer to his community.

The race for performance indicators, whether it is the size of the community, the engagement rate or the comments number, is an insecurity for the genuine relationships between influencers and their communities.

Surely, in a logic of professionalisation of the market, it can be confusing — and even really stressful — for some real influencers not to be able to justify visibility and engagements anymore.

Shame on algorithms? Probably. But rather than giving in to the ease of bots, influencers should prioritize the culture of authentic relations with their community.

A team of community managers may also be behind this form of customer relationship. But we should never lose sight of the reasons of the influencer marketing market success: consumer confidence granted to influencers.

Previous “Paid partnership with…”, #ad, #sponsored… Influencers and brands, don’t be ashamed anymore!
Next The 6 Key Trends of Influencer Marketing in 2019