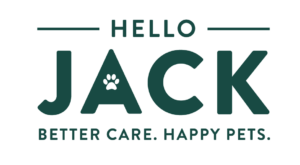 “With a limited budget, we decided to activate as many influencers to achieve a sufficient reach. For a small startup, sending out 500 products is a lot, and identifying 500 pertinent profiles is really difficult. Kolsquare was particularly helpful in identifying the right influencers, verifying their audiences, and also for contacting them via the Gmail plugin. A campaign like this means you are contacting around 200 influencers a month, and it quickly gets difficult to follow the content produced by the influencers. With Kolsquare we could see the posts and stories produced by our influencers, and were able to analyze it. The results were very positive. I think that’s down to the fact that, from the beginning, we used Kolsquare to qualify the profiles, approach people who had good credibility scores and who had worked well with other brands. We also identified a handful of influencers who we later signed as ambassadors.

It pays to thoroughly examine Kolsquare data and qualify the profiles first. When you activate 500 people, it’s easy to rush it. Some profiles which we looked at quickly and seemed great, ended up disappointing us. When we rechecked the profiles with Kolsquare, there were clear indications they weren’t the right person to work with. We activated a high volume, but it was a small minority that drove most of the sales, so it’s important to find a good balance between quantity and quality. Perhaps if we had selected half the amount of influencers but had looked at them in greater detail first, and done more followup with them, that would have worked well. When you activate 500, it’s easy to be passive on the content produced, which needs a lot of followup. With a smaller group, we could have guided and communicated with them more about what kind of content to post. With such a large volume and being a small team, we missed some opportunities. It is by taking the time to create relationships that we get the best results.

We had one big surprise: an Instagram influencer with 20,000 followers wrote to us after a month, gushing about the fantastic results our Shine product had delivered for her dog, which previously suffered from allergies and hair loss. She began posting before and after content, which drove an explosion of visits and sales. What we hadn’t known — and hadn’t checked first in Kolsquare — was that she had 500,000 followers on TikTok!”

To learn more about Hello Jack and their strategy, check out Pierre Baryla’s interview for Kolsquare.