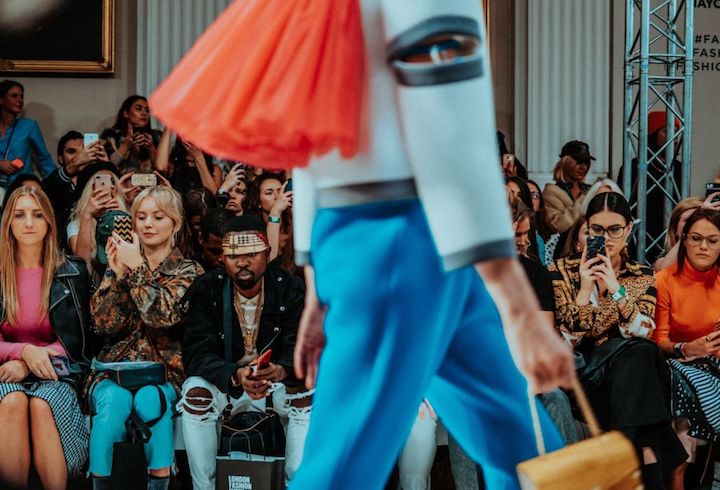 As influencer marketing is the latest trend, being honest about your paid partnerships with influencers shouldn’t be anything to be ashamed of. But what about from a legal point of view? Let us explain.

What does the law say about influencer marketing?

First and foremost, it is a legal requirement to clearly display that a post is part of an Influencer Marketing campaign.

On 7th September 2017, the FTC (Federal Trade Commission), which is responsible for protecting American consumers, issued a press release explaining that it had penalized a brand for not displaying that it was involved in a paid partnership with a digital influencer.

The US public body argues that consumers need to know in a post when a social influencer is being paid by a brand, regardless of remuneration (monetary or material).

Information must be clearly displayed. It can no longer be a simple hidden hashtag sometimes used to acquire traffic. For example, the hashtags #sponsored or #ad no longer have any value.

With more than 4.5 million posts for each of these hashtags, they have become hashtags that are used as an attraction, losing their informative value.

This is partly explained by the success of this model: being a brand ambassador or a brand influencer has become very fashionable.

The official authority has developed regulations similar to those existing in the United States.

The aim is to ensure that a partnership between an influencer and a brand will not be perceived as a simple sharing of information but as the promotion of a product or service through a paid agreement.

Why shouldn’t we be ashamed of doing paid influencer marketing?

For the influencer, presenting partnerships in a transparent way creates healthy and trustworthy relationships with their community.

Even if some followers may see the influencer as having been “bought” by a brand, honesty will make any comments seem much more genuine and sincere, as opposed to hiding the partnership.

It’s no longer as difficult in 2018 to accept being paid to talk about a brand as long as the influencer can show their community that they can be trusted and the community has understood the value of any paid partnerships and how they work.

It is up to the influencer to select only those partners who match their personality and lifestyle.

This is why a community matching tool, such as the one developed by Kolsquare, is an invaluable resource for any influencer wishing to successfully partner with brands.

The data that the influencer will be able to access will allow them to ensure that they match the brand’s target and that they share the same values and image.

At a conference held on our premises, comedian Arnaud Tsamere explained that after having experienced a completely unsuccessful global influence campaign involving dozens of celebrities, he had learned from his mistakes.

And now only accepted partnerships that were perfectly in keeping with his own freedom of expression.

He does not just want to repeat a slogan. Nevertheless, he is not yet in the habit of openly announcing a partnership with a brand using hashtags or prior announcements, but he’s not against the principle: “I do not think that saying “sponsored by” undermines anything, as long as all the other criteria of a good post are respected (trust, sincerity and affinity).”

From the advertiser’s point of view, Julien Schaaf, Influencer Marketing expert at Kolsquare, believes that “to be involved in Influencer Marketing is to be involved in innovative marketing and to embrace the new direction that really took off in 2017. Using an influencer is nothing to be ashamed of anymore, quite the opposite in fact. It demonstrates that the advertiser is working to get closer to its end customer by using a new channel.”

For Julien Boulenguer, Associate Director of Brand and Celebrities (the group that Kolsquare belongs to), “it’s also proof that the advertiser respects the influencer’s creative work by paying them. Plus, don’t forget that these influencers have worked hard to build their communities. It’s only natural to pay them for that work.”

Consumers are keen on transparency. The more transparent a brand is, the more they like it.

How can a post show that it is part of a paid Influencer Marketing campaign?

Depending on the different media, the origin of a post can be displayed in different ways.

Originally, the advertiser or agency asked the influencer to use #ad or #sponsored hashtags.

Today, Instagram has set up a very simple system that allows the origin of the partnership to be shown under the name of the influencer instead of the location of the post.

For example, Cristiano Ronaldo regularly tells his fans that some of his photos are in “Paid partnership with Nikefootball”.

On YouTube, when the videos are not published on brand accounts, influencers can also state that the video includes a commercial message.

On a blog, the process is a bit more tricky. Discussions are needed with the influencer so that keywords and links can be included.

If the influencer doesn’t include the keywords “sponsored” and “partnership” and that he/she is “netlinking” and the link is a “do follow” link, the advertiser and influencer alike risk being penalized by Google.

The penalty will then be reflected in your search ranking.

Influencer marketing is a practice that is becoming more democratic. In the future, when the taboos have been broken down, it will seem much easier to display the commercial value of published content.

Aside from the obvious, legal requirements will soon convince anyone who is at all reluctant.

Previous Digital Mums and Influencer Marketing: How Instamums Are Transforming Brand Relationships
Next WARNING Influence: Abuse of “fake” can be harmful for brands