Home / Resources / Blog, News / Influencers, offer your influence during the crisis with #InfluenceForGood! 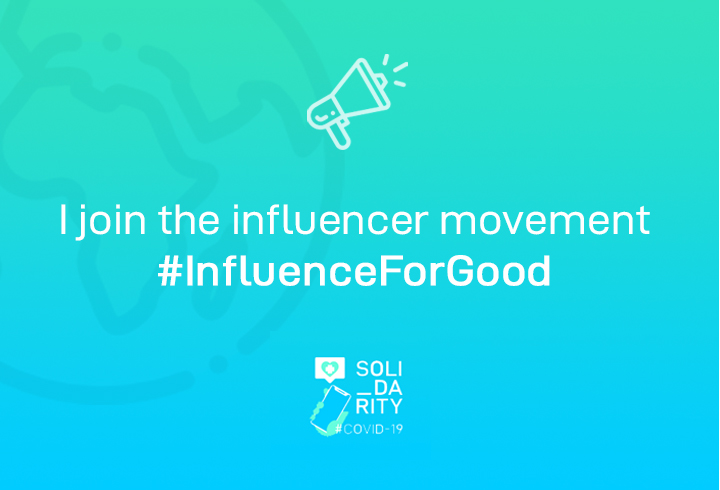 Influencers, offer your influence during the crisis with #InfluenceForGood!

Influencers from all over the world are joining forces to offer their help to institutions, organizations or brands directly impacted by the Covid-19 crisis as part of the #InfluenceForGood movement. Are you an influencer? Join the movement and offer your influence!

Everyday, many solidarity initiatives are shared on social media and the role of influencers in sharing or initiating them is crucial as they make it resonate in all ages-audiences.

#InfluenceForGood movement of influencers has been initiated by Kolsquare to help institutions and brands suffering from the crisis to identify and partner-up with influencers willing to support them in sharing their messages. We hope this makes it easier for both parties to connect.

For that reason, Kolsquare encourages influencers to step-up and show via their social media and Kolsquare’s Influencer Marketing solution that they are volunteering.

How to be a volonteer?

The #InfluenceForGood movement helps influencers to be found easily thanks to:

Through these ways, influencers can be identified fast and easily. Being fast in having influencers on board and sharing strong messages is key to fight fake news.

Influencers’ active role in the spread of important information

The Covid-19 crisis is impacting everybody, including influencers. They have contributed in making the hashtags #stayathome viral and is currently being used over 200 times per hour by influencers according to our social influencer listening data.

Influencers are more than ever mobilized and motivated to speak about the crisis, best practices to fight against the propagation of the virus and ideas to make the best of staying in quarantine. Their role is particularly important as a large part of 13-25 year-olds, not attending school anymore, are the most active on social media.

Messages from influencers are reaching them even more than regular media. And this is not a not-lasting trend when you see the large proportion of influencers who start posting on TikTok (a way to fight boredom).

Since the beginning of the crisis in Europe, we see an explosion in the use of stories by influencers in France too. Influencers are sharing a lot of content, even though most of their usual settings are not usable, such as beautiful sunset while traveling! Influencers are fully aware of the responsibility they have and don’t hesitate to embrace it.

The #InfluenceForGood initiative is part of the mobilization we have been leading since the beginning of the Covid-19 crisis. Indeed, we have reached out to all affected organizations, French and foreign governments, public institutions and sectors, public utility companies and MedTech companies to offer them the use of our Influencer Marketing technology for free.

Previous How to federate and mobilize remote teams in a context of containment?
Next Top 5 Health Influencers to follow for the right practices